The Dutch individual championships.
A large delegation of our dojo went to Amerfoort for this highly anticipated event.
Normally we would have representations for the ladies and mixed event, but this year we also had fighters for the junior (14-17) competition.

The day started with the very young fighters and after this, the ladies and the teen competition were spread over both fields. For our two juniors, Stijn and Roque, it was their first tournament. As they fought through the tournament, they faced each other in the semi finals, where Roque won after a fierce match.
In the final Roque faced the champion of last year. It was an exciting match, but his opponent proved to be a tad too strong. Next to winning second place, Roque also received the fighting spirit price. Well done with your debut guys!!

The ladies competition was held on the other field and we were represented well by Seekee, Pakwan and Lai Mei.
Lai Mei couldn’t win against the more experienced ladies, but Seekee and Pakwan advanced after some tough matches to the finals. So we had an all FuMetsu final with senpai facing her kohai. It was an intense match, but also here, experience had the upper hand and Seekee came out victorious. Seekee and Pakwan, congratulations with your 1st and 2nd place!!

The open tournament started and the drawing came out a little less positive for some of our players. A lot of FuMetsu members had to fight each other.
Advancing during the day, Jay Jay had a succesful fight against Drazen. Eventually he had to face Joeri in the quarter finals. Joeri won and advanced to the semi finals. Here he met Jouke, the winner of last year, but Joeri’s form that day wasn’t strong enough to win the match.
On the other field, Dai Linh had tough matches against dojo-buddies and Dutch team members Winston and Rick, but came out victorious. This way he advanced to the semi-finals where he met another Dutch team member Ivo. After winning the match, he had to face Jouke in the finals. Dai Linh did great as the newcomer, but Jouke proved to be too strong. Nonetheless it was a great match! Well done Joeri with your 3rd place and well done Dai Linh with your 2nd place!!

Everyone fought very well and in the end we could bring back medals to Rotterdam. Congratulations! 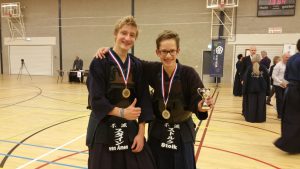 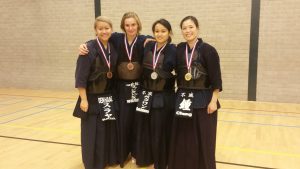 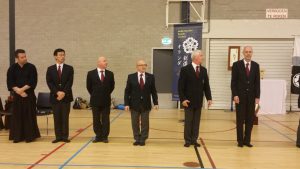 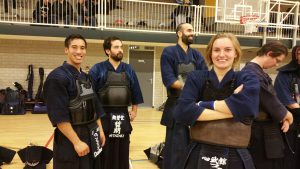 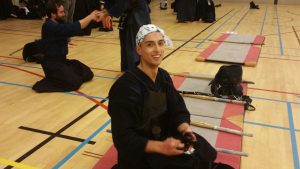 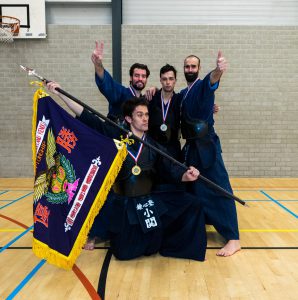 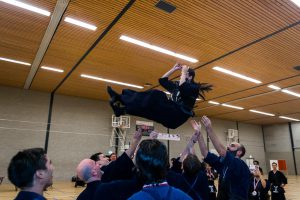 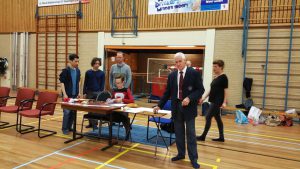